Once upon a time there was a  woman in search of opportunities for growth, mentoring, career satisfaction and success…who suddenly found herself adrift in a body of water called Lake Overwhelm.

Treading water ever-so calmly at first, she began to tire and searched for a buoy to rest on.  Just as she swam toward one she noticed it kept floating further away.

Reaching the shore seemed her only other option for escaping the increasingly rocky current.  But which shore was the right one?

She stopped treading, closed her eyes, and allowed her mind & body to relax until she found herself floating atop the water.

She hadn’t reached her intended geographical destination, on the opposite shore, but she realized her journey had still achieved her goals, and she found what she was searching for…confidence in herself and her authentic dreams.

(I certainly milked that metaphor to death! ;)) – Just trying to switch things up a bit… Vahbiz is an eternally curious person who exemplifies diversity in her personal and professional life. She not only comes from a multicultural heritage, but she also has over 20 years of fulfilling careers in science, business, and now, coaching.

Coaching is Vahbiz’s passion and how she gives back. Her focus is to help clients connect and unleash the genius within themselves through insightful conversations and perspective shifts. She supports her client’s goals and offers a confidential place for them to share and grow.

Vahbiz’s clients include the pharmaceutical and medical industry, major Universities in North Carolina as well as business and entrepreneurship training organizations. Most recently, Vahbiz serves on the Board of Directors for the International Coaches Federation, Raleigh Chapter. 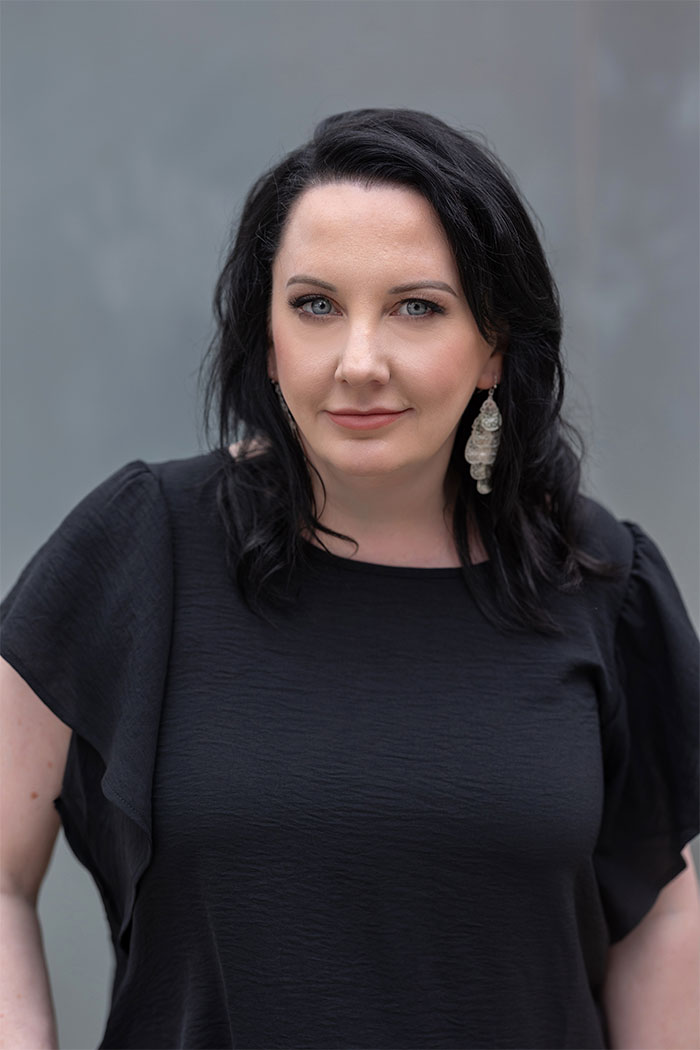 In 2008, Kathleen O’Grady capitalized on her expertise in authentic leadership coaching by launching her own strategic consultancy firm and turning it into an internationally recognized center of excellence for organizational development. Authentic Leadership Advisors (ALA) continues to push boundaries by honoring individual creativity and innovation while helping organizations get out of their own way.

Kathleen is driven to deliver high-touch coaching experiences through seamless cross-functional collaboration and high integrity consultation. She is known as a “transformational trouble-maker” who disrupts business models at every level. Whether it is revolutionizing internal communications, eliminating leadership blind spots, or building a company culture that attracts and retains top talent, she embraces all aspects of her work and truly cares about long-term partnerships that build on previous successes. She especially focuses on supporting C-suite executives, HR leaders, and trail-blazing entrepreneurs.

For over a decade, Kathleen has collaborated with some of the world’s best companies including Fortune 100 firms such as Deloitte, Cisco, BP, and Ivy League Schools. Part of her expertise lies in powerfully presenting her passion for authentic leadership in keynote speeches, commencement addresses, conference sessions, as well as custom company-sponsored educational or inspirational talks. With more than 18 years of healthcare management experience, Marci brings a unique perspective to her coaching. She is a visionary leader and leadership coach who helps individuals and organizations achieve their highest potential and stand out from the competition.

She works with leaders who are ready to step out of their comfort zone and take full responsibility for their life, health, wealth, and overall well-being. Marci combines her cutting-edge thinking with innovative mindfulness techniques to create a unique and holistic approach to coaching.

Marci is committed to creating shifts for her clients and community. She is deeply driven to be the catalyst for others to be fully present in all aspects of their work, family, and play. Julia’s expertise as a coach lies in her work with expatriates who are on international assignments. She helps them manage cross-cultural differences and be themselves. She supports them in becoming the best leaders they can be – even in an environment and work culture that is out of their comfort zone.

Julia connects easily with new managers who are in a leadership role for the first time. They explore how to create their identity as a leader in a career they love.

Through her storytelling, coaching tools, and exercises, Julia helps leaders to gain insights into their authentic selves. They leverage their insights to create organizations and organizational cultures that thrive and value the potential of every human. She works exceptionally well in the pharmaceutical, chemical, technology, and science-driven industries as well as in creative industries and companies that are operating on an international level.

Julia is fluent in both German and English. Sara and her husband (newlyweds!) moved to Raleigh from Maine in February of 2020 to start their family. This was just in time for Authentic Leadership Advisors to scoop Sara up and offer her the position of Executive Assistant. Since then she has become an integral member of the executive leadership team.

Sara has over 12 years of experience in Marketing and Customer Service, a passion for connecting deeply with others, and the ability to plan & strategize like a boss! She provides a fresh, yet fun perspective in all she does. Sara makes sure that all team members and clients have the information and guidance they need while ensuring everything maintains the Authentic Leadership Advisors ‘touch’.

Sara is dedicated and diligent in her effort to meet the ever growing demands of her role. She even attended ALA Academy’s Authentic Leadership Coaching Certification as a way to better understand and
support colleagues and clients. In 2013, after more than 20 years in marketing, Holly-Jo began her pursuit to find a more fulfilling career. This led to her pivot to coaching.

Holly-Jo’s caring yet assertively direct approach to coaching is the perfect combination of backbone and heart. Her clients release limiting beliefs and shift emotional and physical patterns to make way for greater work/life harmony in their lives. She partners primarily with women in leadership who desire change, and champions their success by providing encouragement, clarity, and confidence.

Holly-Jo understands that there isn’t a “one size fits all” solution, which is why she makes use of assessments to identify emotional intelligence, core values, and natural behaviors to personalize her coaching approach. Her dedication to inspire and help others achieve fulfilling success is unwavering. Laura pivoted into coaching after relocating to the US from the UK, where she practiced as a psychotherapist for many years. This unique combination of experience, in addition to her own journey of relocation and change, has led Laura to become a deeply insightful, grounded, caring, and challenging coach. Laura has a great appreciation for people with diverse challenges who want to move forward in life.

Laura is an exceptionally skilled professional coach who can helps her clients move forward by increasing their confidence to navigate change. Laura passionately believes you don’t have to feel stuck, lost, or live in the past. She can help you embrace a more positive, authentic, and fulfilling life.

Laura’s mission is to empower clients to grow through creating positive, meaningful, and sustained changes in their lives. She enables you to have a different relationship with yourself, others, and life. Jenni’s work at some of the nation’s top business schools, including those at Berkeley, Duke, and UNC-Chapel Hill, eventually lead to her venturing out to coach full-time. Jenni supports individuals who are ready to take their career to the next level by helping them create clarity, confidence, and action in their life and work.

Her unique approach blends coaching and consulting techniques to ensure that her clients walk away with the valuable insights, strategies, and tools with each session. Jenni’s coaching philosophy is first and foremost for her clients to be their authentic selves and the rest will fall into place. Dané is an endlessly curious people-lover and growth-seeker who uses her drive to help others develop themselves in the ways they desire. An experienced coach, facilitator, and learning experience designer, Dané works with individuals and organizations to inspire the development of meaningful and fulfilling workplace cultures.

Dané began her career in hospitality, but her proclivity to challenge the status quo led her to work in the innovation sector of a health system. In 2014, she completed a leadership-focused MBA and began teaching management courses at Bradley University. She now aims to create impact on how individuals experience work (and life) through organizational development efforts, beginning with the self-development of a company’s team members, and through 1:1 coaching with growth-oriented individuals.

It is Dané’s mission to engage with people in a way that inspires a sense of limitless possibility and a desire for meaningful personal growth. Murat is an engineer with 25 years of experience. Recently, his work includes technical co-founder and Chief Technical Officer for a cancer support startup in Silicon Valley. Besides being a self taught software engineer, he offers a wide-range of knowledge as a waiter, a US national Fencing champion, an archaeologist, a sports coach to an NCAA championship team, and a teacher.

Murat’s career ranges from an individual contributor to a manager to a Senior Vice President to a Chief Technical Officer. His work includes large companies, like Wells Fargo, down to small two-person startups, and most everything in between and across a wide variety of industries like healthcare and logistics.

As a coach, Murat’s goal is to provide his clients the tools, insights, and open communication that they need to grow to become their most extraordinary selves. 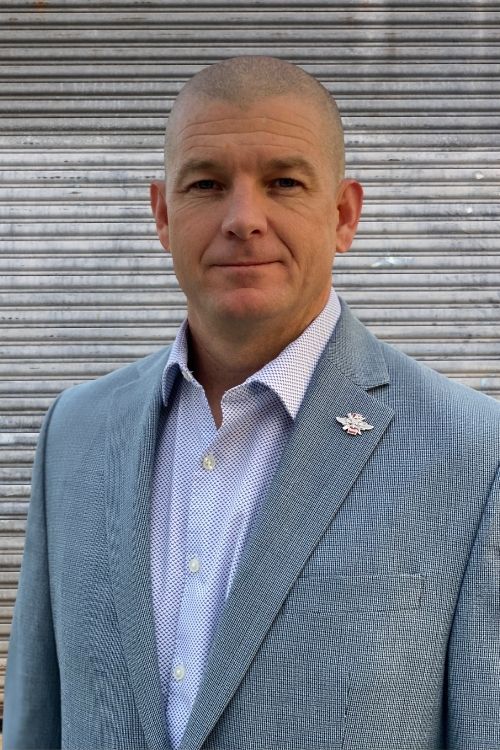 Jody served three decades in the Navy, most recently working as the Command Senior Enlisted Advisor to Three-Star Commanding Generals responsible for more than 45,000 people. He spent the first two decades of his Navy career in the Special Operations Community.

Jody’s breadth of leadership and life experience range from elite special operations teams in combat to involvement with Heads of State and Foreign Dignitaries. He’s an avid surfer and loves anything that gets people outside to enjoy nature.

Jody’s mission is to create leaders who understand that true leadership extends beyond the office. He’s passionate about helping them deepen their relationship with their people to build happy and highly functioning teams. For the last 15 years, Vanessa has worked with startups, design agencies, and organizations such as WeWork and The Metropolitan Museum of Art in NYC to develop high-level strategic events and initiatives that purposefully engage client, donor, and employee communities. Vanessa now applies her expertise in experiential journeys to help leaders create and achieve an exponential vision for themselves and their organizations.

Driven by curiosity, Vanessa brings a grounded, smart, and fearless approach to helping leaders transform their mindset to experience explosive growth. Her coaching is packed with creative exercises and practical tools to provoke new perspectives and actionable insights. Serene, introspective, and relentlessly positive, Vanessa is a champion for her clients to achieve legacy-level thinking.

From new managers to C-level executives, Vanessa offers an opportunity to step into your personal power and create transformative change within yourself, your organization, and ultimately the world.